In the chapter “Docile Bodies” from Discipline and Punish, the French philosopher Michel Foucault explains his theory that since the 17th century, the human body has been regulated and subjected to a predominant political system. According to Foucault, the human body became a tool for control and domination during this period by those in power on a scale similar to or even exceeding the utilization of the body in harsh physical organizations such as militaries.

One huge segment of the population that can epitomize Foucault’s theory and whose bodies have been historically subjected and controlled is the female gender, and one of the areas through which women have been controlled is culture. This essay will illustrate how the female body has been culturally subjected through poetry that revolves around a foundation garment designed to alter – forcefully, if necessary – the appearance of women’s physique, the girdle.

It is first important to briefly review the history of the girdle as an instrument to remodel the female body. Ever since the beginning of the 17th century – the same period which Foucault discusses – girdles and corsets have been employed in the West to shape the female body “in desirable ways” by practically all sociocultural groups as they were made by cheap and available materials (Bendall, 2014). The alteration of the female body through the girdle to appear more desirable comes with a heavy price: among other things, it causes long-term skeletal deformity, atrophied muscles and an increased chance of miscarriage (Gibson, 2015).

Although the girdle has remained a socially accepted undergarment for hundreds of years, a feminist critique of it was developed in the second half of the 20th century. For instance, it was enclosed with other manifestations of “1950s-style sexism” (Cottingham, 1994) and it was likened to the expletive “bitch,” which “holds women back and in a most uncomfortable and unhealthy way” (Snortland, 1995). Thus, the girdle symbolizes – both for its proponents and critics – society’s desires and idealized body perception of women.

The first poem that exhibits these desirable social standards, “A Girdle,” was written by the English poet William Strode in the first half of the 17th century. This is a plain and not particularly sophisticated poem about the girdle as a contrivance designed to keep the woman chaste and virginal; in other words, it is meant to control the woman’s sexual behavior through her body. The speaker refers to the girdle as a “keeper” against “theft … when ’tis night” (3-4) – the girdle constrains the woman and denies her from partaking in an unaccepted social demeanor, even when no one is looking. The speaker affirms that the girdle “doth the wast embrace” (5) – a euphemism to describe its inconvenience – so it would “keepe all others from that place” (6); the speaker essentially admits that the girdle is incommodious, yet he also proclaims that this is the way to keep the woman incorrupt. This point is again stressed as the speaker relates to the girdle as a “circle” that is “drawne about” (6) as a blockage around all sides of the body, and for the third time, he reemphasizes that it will “keepe all tempting spiritts out” (7) – it restrains the woman from behaving uncontrollably. The last two lines of the poem constitute a direct warning for women not to take off the girdle or else they will be disgraced by society: if someone “the girdle doth undoe” then he also “undoes the owner too” (8-9). The poetic devices in the poem are quite limited, and the message is unequivocal without too much subtlety, perhaps deliberately so that the 17th-century woman would easily comprehend and abide by it.

The second poem, “On a Girdle” by Edmund Waller, was written around the same period as Strode’s poem, and while it does offer the same basic premise of controlling women through their bodies, it is far more refined and artful. At first glance, “On a Girdle” might strike as a humdrum love poem in which a man professes his love to a woman, but upon deeper plunging into the text, the poem actually presents a man’s desire to control the woman’s body. The poem begins with a depiction of the girdle’s restricting effect on the woman’s body as the male speaker clutches her happily: the girdle “her slender waist confin’d” and it is his “joyful temples bind” (1-2); the speaker then compares himself to a “monarch” who “would give his crown” just to keep embracing the woman’s body with “[h]is arms” (3-4). The speaker regards the woman’s girdle as “heaven’s extremest sphere” with the possessive determiner “my” (5), which indicates that her body is beautiful and it is also his own possession; and after he likens the woman to a “lovely deer” that is restricted by a “pale,” he keeps repeating the word “my” with regard to the woman four more times (6-7). In the last stanza, the speaker compliments the woman, but only in relation to the girdle and tightened shape of the body that it creates: the woman is portrayed as a “narrow compass” who is by a “ribbon bound,” and around her oval frame “the sun goes round” (9-12). The speaker in the poem does attempt to flatter the woman, and his tone is not sarcastic nor ironic – for Waller, this is an actual love poem based on cultural norms that the female body should be shaped in a certain way as patriarchal society deems fit. The next poem that will be discussed, however, does offer a critical view of the girdle in a sarcastic tone.

In Anne Sexton’s poem “Woman with Girdle,” the speaker offers a realistic and humorous depiction of a woman’s natural appearance as she takes off the girdle, and the girdle thus becomes a symbol of how society expects women to look. The speaker uses simple, unadorned language, which parallels the plain nudity of the woman; additionally, the speaker addresses women directly in the second person, which clarifies to whom Sexton endeavors to reach in the poem. The speaker begins by describing that as the woman takes off her girdle, her “midriff sags,” her “breast lie down in air,” and her “nipples as uninvolved / as warm starfish” (1-4) – a brazenly unpolished opening that deliberately sets a blunt tone. The speaker persists in caustically deprecating the woman’s body parts, disbanding the coerced idealization of women by society: her “belly, soft as pudding, / slops” (10-11), her “hips, those head cushions” (13), her “thighs, thick as young pigs” (18), her “knees like saucers” (19), and her “calves, polished as leather” (20). Yet, in spite of the disparaging portrayal of the woman’s body all throughout the poem, it ends on an accepting note that actually elevates the woman and praises her natural appearance. After completely removing the girdle, the speaker calls for the woman to “rise / a city from the sea” as she comes “straightway from God” into her “redeeming skin” (24-8); through all its flaws, the woman’s natural bare body is thereupon ultimately exalted. In “Woman with Girdle,” Sexton castigates society’s attempts to control and shape the female body – through a girdle in this case – and she undermines the accepted social norms and expectations of how women should appear.

In “Docile Bodies,” Michel Foucault sets a harsh premise about the dominant forces of society that venture to control human beings through their bodies since the 17th century. Corresponding with this theory, and seemingly not coincidently, the girdle has become a fashionable undergarment that desirably frames the female body over the same period; accordingly, one of the areas in which the girdle was culturally perpetuated is poetry. The poems of William Strode and Edmund Waller show how the girdle is employed to control women through their bodies and how it establishes the required conventional norms expected from women.

In the 20th century, though, a critical view of the girdle – and correspondingly, of society’s exertion to control women – has emerged, as exemplified by Anne Sexton’s poem. It seems, therefore, that Foucault’s theory does prove to be true, but it is also somewhat incomplete. Encouragingly, there are strong signs of progress that demonstrate that it might have taken several hundreds of years, but the successful efforts of controlling the human body – and the female body specifically – diminish over time. 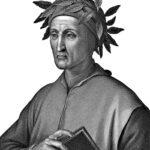