The three pirates sat in the cockpit of their small, beat-up spaceship, eyeing the massive cargo vessel floating in front of them. They had been planning this heist for weeks, and now they were finally going to make their move.

“Remember,” the captain said, her voice low and gravelly. “We’re after the diamonds in the cargo hold. Nothing else. We grab them and get out of here as fast as we can.”

The other two pirates nodded, their eyes gleaming with anticipation. They had heard rumors of the riches contained in the cargo hold, and they were eager to get their hands on them.

The captain counted down from three, and then they were moving. Their small ship darted towards the cargo vessel, the engines roaring as they closed in.

But as they reached the cargo hold, something unexpected happened. The doors suddenly swung open, revealing row upon row of sparkling diamonds. But they weren’t the only thing in the hold. There was also a strange, glowing material that they had never seen before.

Without hesitation, the captain ordered her team to grab as much of the glowing material as they could. They stuffed it into their ship as quickly as they could, not even bothering with the diamonds.

Once they were back in the cockpit, the captain examined the glowing material. It was unlike anything she had ever seen before, and she could feel a strange power emanating from it.

“What is this stuff?” one of the pirates asked, his voice filled with awe.

The captain shook her head. “I don’t know,” she said. “But I have a feeling it’s going to be worth a lot more than those diamonds.”

And she was right. As it turned out, the glowing material was a rare, exotic substance that could enable their ship to travel at faster-than-light speeds. Suddenly, the possibilities were endless. They could go anywhere in the galaxy, stealing and plundering to their hearts’ content.

The three pirates grinned at each other, already making plans for their next adventure. They had stumbled upon something truly valuable, and they were going to make the most of it.

And as their small ship disappeared into the vast expanse of space, they laughed and celebrated, knowing that they had struck gold.

The small ship, now equipped with the exotic, glowing material, flew through the galaxy at incredible speeds. The three pirates were exhilarated by the newfound power of their ship, and they laughed and cheered as they hurtled through the stars.

But as they flew, they began to realize that their newfound power came with great responsibility. They had heard rumors of hostile creatures from other planets that enslaved the inhabitants of the worlds they invaded. And they knew that they had to be prepared to fight if they encountered any of these creatures.

So they trained, practicing their combat skills and honing their weapons. They knew that they were small and outnumbered, but they were determined to protect the innocent.

Finally, they came across a planet that looked like the perfect place to rest and resupply. It was a beautiful, lush world, with green forests and crystal-clear lakes. But as they approached, they could see that something was wrong. The planet was dark and oppressive, and they could sense a malevolent presence hovering over it.

They landed their ship and cautiously made their way towards the nearest village. As they got closer, they could hear the sounds of shouts and screams. They drew their weapons and crept towards the village, ready for anything.

But what they found was worse than anything they could have imagined. The village was being overrun by a horde of vicious, alien creatures. The inhabitants were being rounded up and enslaved, their homes and possessions taken from them.

The pirates knew that they had to act. They sprang into action, their weapons flashing as they fought back against the invaders. They fought with all their might, their training and determination carrying them through the fierce battle.

In the end, they were victorious. The invaders were defeated, and the planet was saved. The inhabitants of the planet thanked the pirates profusely, showering them with gratitude and gifts.

The pirates, exhausted but triumphant, returned to their ship. They knew that they had done something good, and they were proud of themselves. They had risked their lives to protect the innocent, and they knew that they would do it again in a heartbeat.

As they flew off into the stars, they knew that they had found their true purpose. They were not just thieves and pirates, but also defenders of the innocent. And they were ready for whatever challenges the galaxy might throw their way.

The small ship flew through the galaxy, its exotic, glowing material propelling it to incredible speeds. The three pirates were determined to use their newfound power to do good in the universe, and they traveled from planet to planet, fighting against injustice and oppression wherever they found it.

But they soon found that they were not the only ones with this goal. A powerful space gang, known as the Shadow Syndicate, had been wreaking havoc across the galaxy for years. Led by a ruthless and dangerous creature known only as the Shadow King, the Syndicate committed countless atrocities, including piracy, slavery, and murder.

The pirates knew that they had to do something about the Syndicate. And so, they set out to gather information and allies, preparing for the day when they would face the Shadow King and his minions.

But their plans were cut short when they received a distress call from the captain’s best friend from childhood on a nearby planet. The inhabitants were being attacked by the Syndicate, and they needed help. Without hesitation, the pirates flew to the planet, ready to do battle.

They fought bravely, but the Syndicate was too powerful. The pirates were outnumbered and outgunned, and they were forced to retreat. As they fled back to their ship, the captain’s best friend was killed by the Shadow King.

The captain was devastated by the loss of her friend, and she vowed to get revenge. She spent every waking moment training and preparing, determined to defeat the Syndicate and bring the Shadow King to justice.

Finally, the day of the battle arrived. The pirates, along with their allies, launched a surprise attack on the Syndicate’s base. The fighting was intense, and the pirates were pushed to their limits.

But in the end, they were victorious. The Shadow King was defeated, and the Syndicate was disbanded. The pirates had saved countless lives, and they were hailed as heroes.

The captain looked out at the stars, her heart heavy with the memory of her fallen friend. But she knew that they had made a difference, and that was all that mattered. The pirates continued their journey, fighting for justice and protecting the innocent wherever they went. 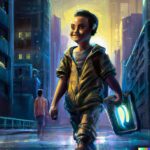 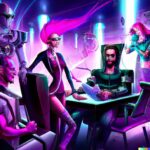 The Quantum Rift: A War Between Einsteinians and Quantum Mechanics 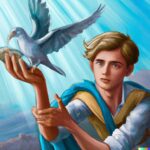 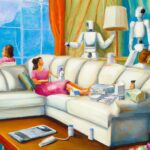